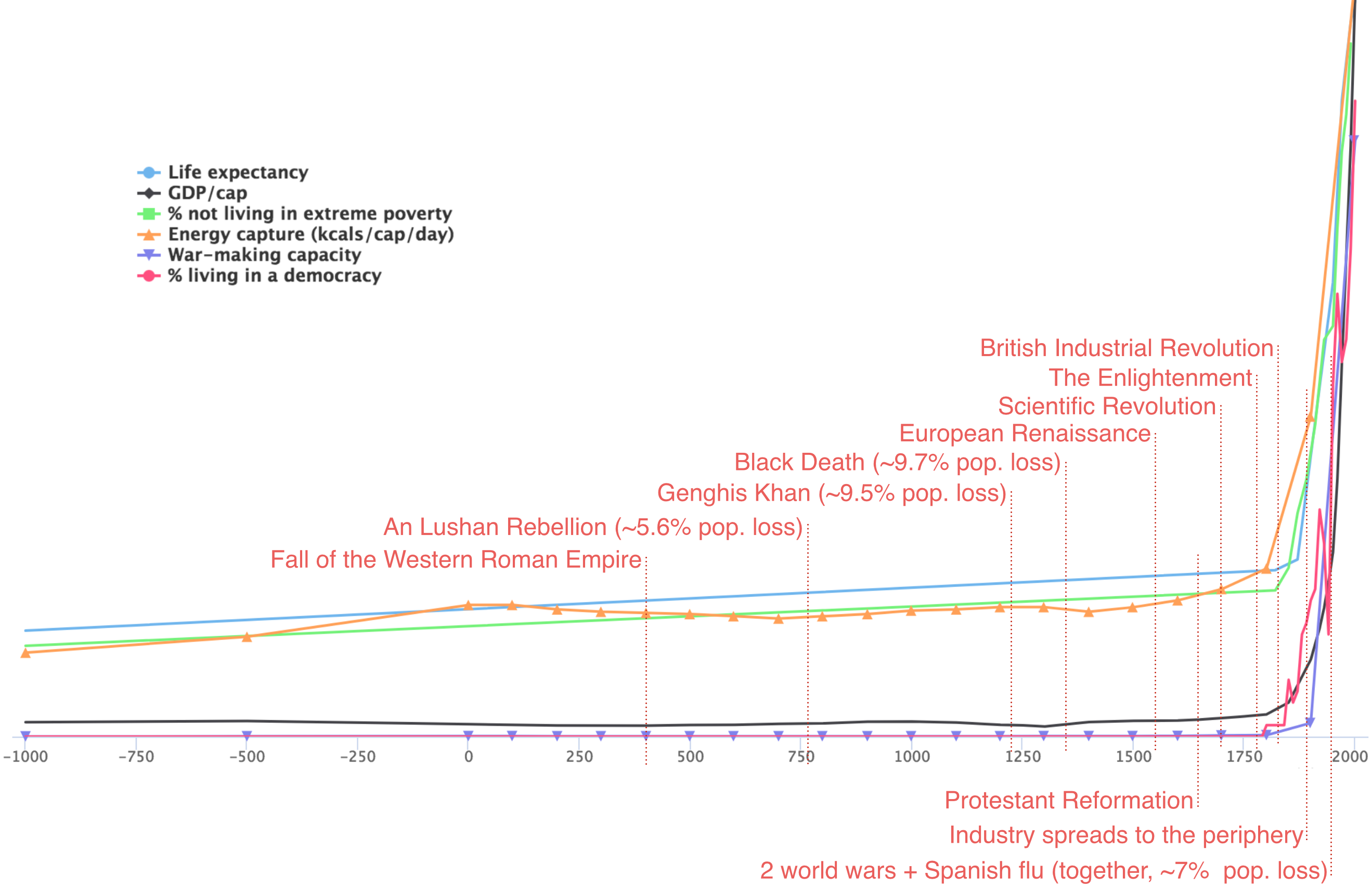 Basically, if I help myself to the common (but certainly debatable) assumption that “the industrial revolution” is the primary cause of the dramatic trajectory change in human welfare around 1800-1870, 2 then my one-sentence summary of recorded human history is this:

But they could have ended each of those chapters by saying “Despite these developments, global human well-being remained roughly the same as it had been for millennia, by every measure we have access to.” 3 And then when you got to the chapter on the industrial revolution, these books could’ve said: “Finally, for the first time in recorded history, the trajectory of human well-being changed completely, and this change dwarfed the magnitude of all previous fluctuations in human well-being.” 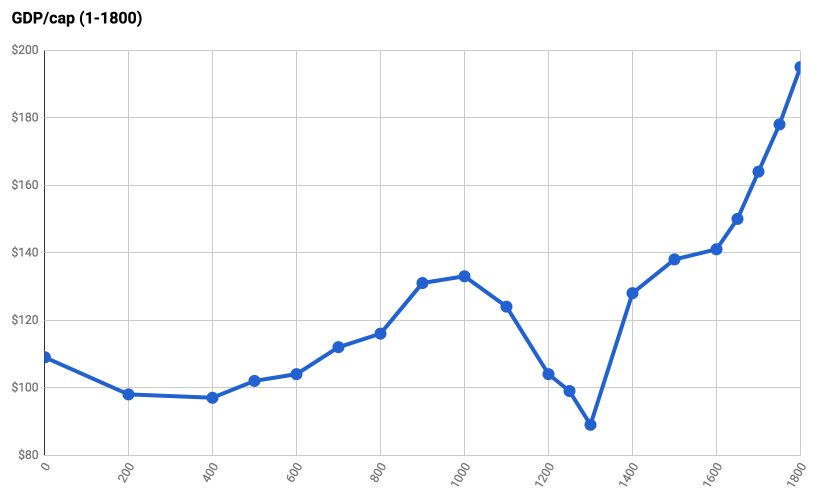 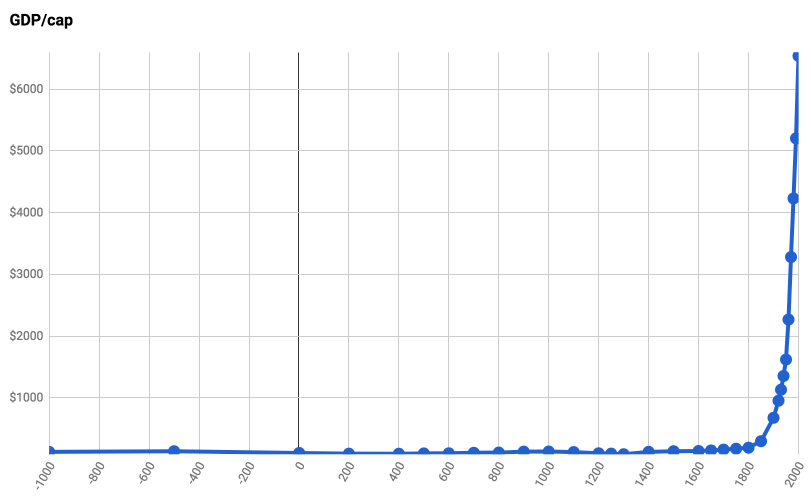 That said, the long-run estimates I rely on are pretty uncertain, and my particular choice of measures to capture “well-being” is obviously questionable (and to some, no doubt objectionable), so I will still refer to the basic picture presented above as “speculative.” 4

Perhaps the biggest reason to be skeptical of this 2nd speculation is that it’s based on measures for which I was able to find long-run data, and that means it can’t make use of data on various aspects of subjective well-being (e.g. moment-to-moment happiness, or sense of meaning) or aspects of social well-being (e.g. sense of community). Perhaps those would be clear major factors if we had long-run data for them. But perhaps not! 5