Michael Young and colleagues carried out experiments that add to a sense that the pigeon’s perception of pictures of objects is not identical to our own. They trained pigeons to peck in different locations on a computer-controlled touch screen, depending on which of four different objects was presented: an arch, a barrel, a brick, and a triangular wedge (Young et al., 2001). The objects were initially presented to the pigeons as images shaded to suggest light shining on them from one direction. Next, Young and colleagues tested the pigeons with pictures of the same objects, but this time illuminated from a different direction… To the experimenters’ surprise, the pigeons’ ability to recognize the objects was disturbed by changes in lighting that human observers were barely able to perceive… [see below] 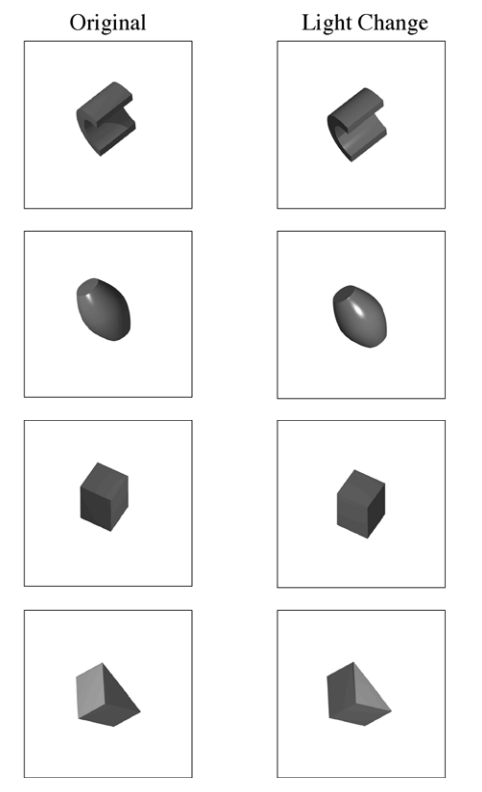